Last week Infusionsoft Tech Support was stumped with how to remove a contact from a campaign.

This happens frequently- the new Spring 2012 release has so many new features and so many updates that even Tech Support doesn’t know the answers to many questions. Two weeks ago a user couldn’t even see which contacts were in a campaign.

Here is how you can remove a contact from a campaign.

You’ll now see a list of all the contacts in that campaign. To remove everyone from a campaign, dropdown the Action menu. (If you want to remove only one name, unselect all, then click just the checkbox next to that name.)

From the dropdown click on “Start/Stop A Campaign Sequence” 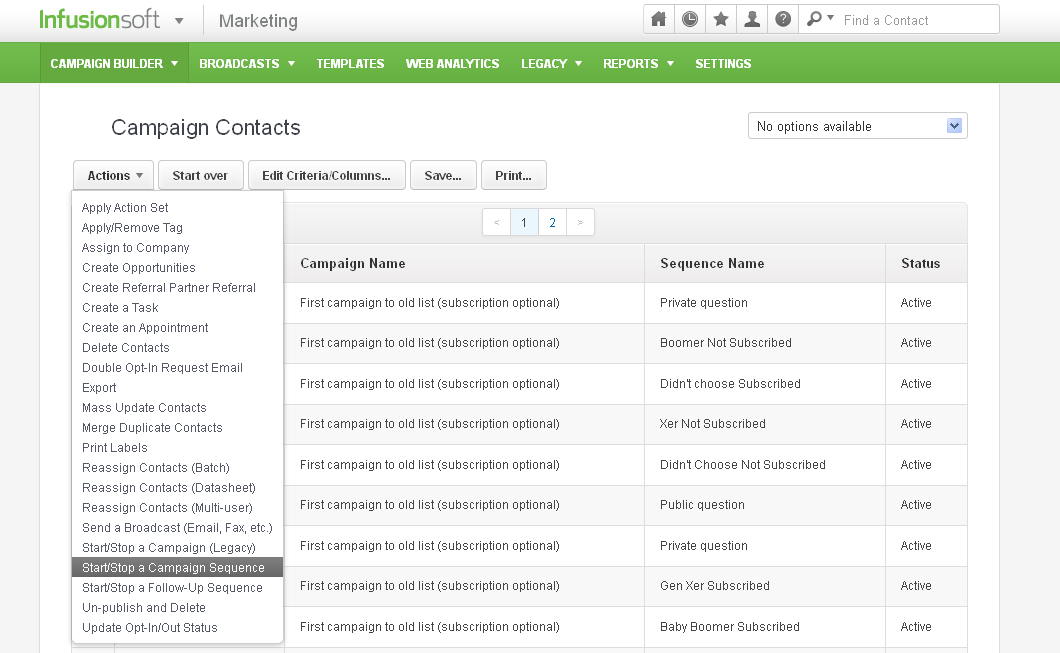 In the new screen, drag the first menu down to Stop, then select the campaign and then the sequence you want to stop.

Click “Process Action” and Infusionsoft will shortly remove the selected contacts from the campaign sequence.

Do you have an Infusionsoft How-To question? Leave a comment and I’ll do my best to answer it.

Learn how to use
Zapier in my free
Udemy course.